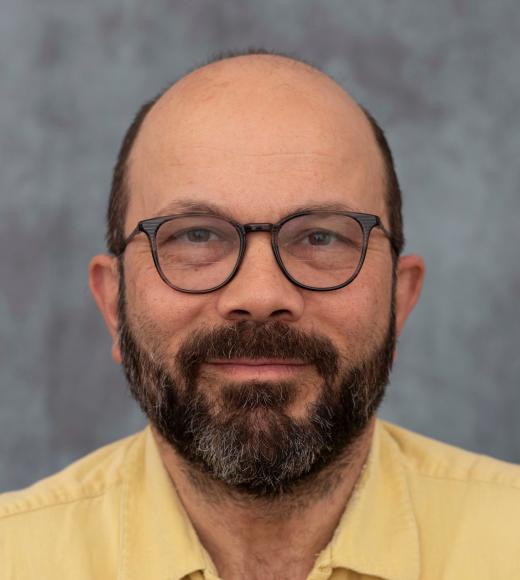 Office Hours
Spring 2021: Mondays and Wednesdays 2-3 pm @Zoom -- please e-mail Professor Tezcan for the Zoom link (or for appointments on other days, or at other times, if you cannot make his regular office hours).
Bio

Tezcan is a graduate of Istanbul Lisesi. He got his B.S. in International Relations from Bilkent University in Ankara, Turkey (1994), and his M.A. and Ph.D. in Near Eastern Studies from Princeton University (1996, 2001).

He joined the History Department in 2002 (until 2015, he held a joint appointment in Religious Studies and taught in both departments). He was one of the founders of the Middle East/South Asia Studies Program (ME/SA), which he directed from 2012 to 2015. In addition to History and Religious Studies, he also taught for ME/SA and Medieval and Early Modern Studies programs, and led the "Last Empire of Islam" Summer Abroad Program in Istanbul in 2007, 2009, and 2011 (for photographs from these summers, see the Facebook group "Baki's Bottle," named after the water bottle Tezcan held up while leading his students in tourist crowds). His advising work in multiple academic units brought him the UC Davis Outstanding Faculty Advisor Award in 2005.

He is a member of the editorial boards of the Journal of Ottoman Studies and the Journal of the Ottoman and Turkish Studies Association, and the President of the Ottoman and Turkish Studies Association (OTSA). He also served in the editorial board of the Journal of the Economic and Social History of the Orient, was a delegate at large in ARIT, an executive board member of OTSA, and an associate member of the Institute of Turkish Studies. He is one of the co-founders of the Western Ottomanists' Workshop (WOW) and GIT - North America, and an occasional contributor (in Turkish) to Bianet and (in English) to Jadaliyya.

Tezcan's most recent public lecture was "The Emasculated Guardians of Power: Black Eunuchs and the Interplay Between Gender and Race at the Ottoman Imperial Court" at Northwestern University's Keyman Modern Turkish Studies Program.

(for articles published before 2015, see Academia.edu)

“The Disenchantment of Sufism, the Rationalization of Sunni Islam, and Early Modernity," Journal of the Ottoman and Turkish Studies Association 7/1 (Spring 2020) [Chasing the Ottoman Early Modern, eds. Virginia H. Aksan, Boğaç A. Ergene, and Antonis Hadjikyriacou]: 67-69.

“The Law School of Mehmed II in the last quarter of the sixteenth century: A glass ceiling for the less connected Ottoman ulema.” In Ottoman War and Peace: Studies in Honor of Virginia H. Aksan, edited by Frank Castiglione, Ethan L. Menchinger, and Veysel Şimşek, pp. 237-82. Leiden: Brill, 2019.

“The Portrait of the Preacher as a Young Man: Two autobiographical letters by Kadızade Mehmed from the early seventeenth century.” In Political Thought and Practice in the Ottoman Empire: Halcyon days in Crete IX – A symposium held in Rethymno, 9-11 January 2015, edited by Marinos Sariyannis, pp. 187-249. Rethymno: Crete University Press, 2019.

“Dispelling the Darkness of the Halberdier’s Treatise: A Comparative Look at Black Africans in Ottoman Letters in the Early Modern Period.” In Disliking Others: Alterophobia in Pre-Modern Ottoman Lands, edited by Helga Anetshofer, Erdem Çıpa, and Hakan Karateke, pp. 43-74. Brighton: Academic Studies Press, 2018.

“Muslihiddin Lari (d. 1572): The Fate of an Immigrant Polymath in the Sixteenth Century Ottoman Empire.” In History From Below: A Tribute in Memory of Donald Quataert, eds. Selim Karahasanoğlu and Deniz Cenk Demir, pp. 615-28. Istanbul: İstanbul Bilgi Üniversitesi Yayınları, 2016.

Currently, Tezcan is finishing several articles, going over the translation of some of his work into Turkish, and writing a book on the transformation of Islam in the Ottoman Empire from the late medieval period to the modern age.