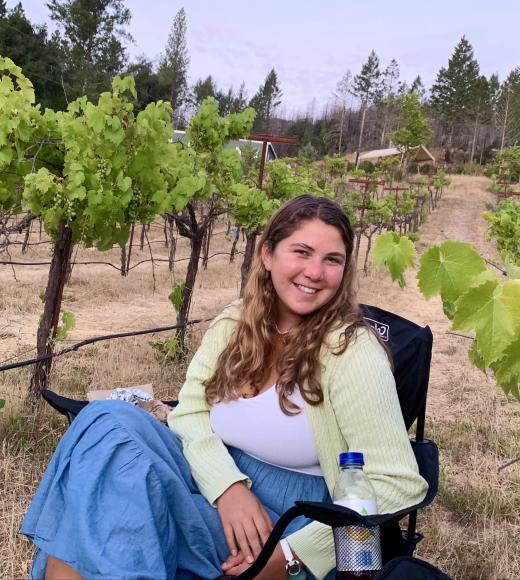 Ellie Feder is a peer advisor for the 2021-2022 school year. She is completing her fourth and final year at UC Davis where she is a Religious Studies major and Education minor. She grew up in the Bay Area with her parents and two older sisters. In her first quarter at Davis, Ellie took an introductory Religious Studies course and became captivated by the language used to delve into some of humanity’s greatest mysteries. In her senior year, she’ll complete a thesis exploring how author Toni Morrison takes familiar biblical tropes — which typically make characters and plotlines more accessible — to an uncomfortable, taboo extreme. Ellie’s personal interests lie in politics and mental health advocacy, spending time in the outdoors (preferably in a hammock), and drinking boba with friends. Ellie loves talking to new people and is so excited to get to know the students of the Religious Studies Department!